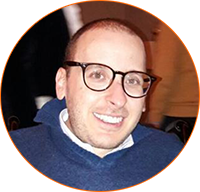 Gabriele Segre, PhD, is an expert on issues of identity and coexistence. He has worked for years for the United Nations, dealing with issues of leadership and reform of the UN. He is a regular columnist for Italian National newspapers (Domani and la Repubblica) on topics related to political culture, democratic culture, community participation and leadership. He is regular guest on National TV on topics related to his fields of expertise, including political science, leadership and international relations. He holds a doctorate degree in public policy and leadership from the University of Singapore, an MA from Columbia University in the City of New York and a BA from the Catholic University of Milan. 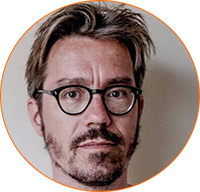 Guido Bosticco, PhD, essayist and journalist, is Visiting Professor at the University of Pavia, Department of Philosophy. He studies the relationship between language and power, from a semiotic perspective, in the context of geopolitics and the individual-mass interaction. He is member of the Ethics Committee of the Umberto Veronesi Foundation. He is the co-founder of Epoché, a company active in the field of corporate consulting, communication and international cultural development. He is the former Director of the “Self-Awareness Lab” founded by Vittorio Dan Segre in collaboration with the University of Asti and “Ethica – Forum di Riflessione”. 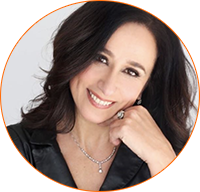 Scholar of Islam and expert of MENA affairs, Antonella was Director of the Middle East and West Asia Division at the Department of Political Affairs at the United Nations in New York, Founder and Director of the Ipalmo-led Iraqi Dialogue of National Reconciliation in Baghdad, Coordinator for the Arab and Islamic countries at Limes geopolitical magazine and Senior Fellow at the Institute for Mediterranean Studies in Lugano. She previously served as Senior Advisor to the CEO of ENI and to the Minister of Foreign Affairs of Italy. 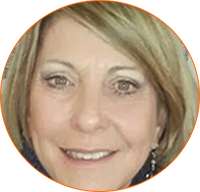 Expert in media and strategic communication, Aliza was Founder and President of the Goren-Amir Consultants, a consulting firm that provided legal services for leading commercial enterprises. She was a member of the founding team of the Peres Center for Peace and member of its Board of Directors until 2020. Aliza started her career as International News Editor at the Israeli Television and served as Media Advisor to eminent Israeli Ministers, in particular to Prime Minister Yitzhak Rabin and Prime Minister Shimon Peres. 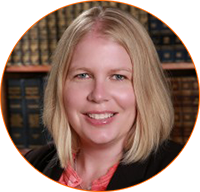 Executive Director of the Martin Marty Center for the Public Understanding of Religion-Divinity School at Chicago University, Brie is the Co-Founder of the American Muslim Civic Leadership Institute, and co-creator of the Disasters and Religions Literacy and Competency App. Prior to joining the Divinity School, Brie was the Executive Director of the Center for Religion and Civic Culture at the University of Southern California. 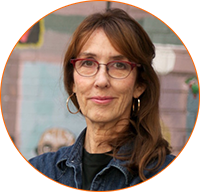 Cynthia Guyer is a Senior Advisor to Global Dignity. She was the organization’s first Executive Director from 2017 to 2021. Cynthia began her career working in the American South on civil rights and the renewal of rural communities. She later joined Highlander’s Board, with the honor of serving with both Rosa Parks and Septima Clark. Cynthia was the founding Executive Director of the Portland (Oregon) Schools Foundation, an NGO she led for 12 years, building a diverse coalition of parents, teachers, leaders of youth and minority organizations, business, and elected leaders. Before joining Global Dignity, Cynthia served as the first Director of External Affairs for the Rubin Museum of Art, in New York City. 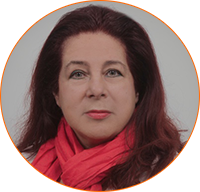 Paulina Lampsa is an international relations expert with a long experience in conflict management in Southeastern Europe and the Mediterranean. Paulina held senior positions in the Greek Administration. She is currently Vice President of the Socialist International and co-founder of the NGO Re-Public. She is also Founding Member and co-Chair of the Greek-Turkish Forum. She has been Member of the Board of the U.K. based charity International Alert. She received the Abdi Ipekci Peace Prize and she is the coordinator of the Cem-Papandreou International Peace Award. She is Head of the Organizing Committee of the annual International Symi Symposium. 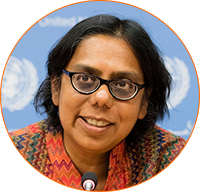 Ruchira Gupta is an Emmy winning journalist and founder of the anti sex trafficking NGO, Apne Aap that helps women and girls exit systems of prostitution. I Kick and I Fly is her debut fiction novel. She has been given the French Ordre National du Mérite, Clinton Global Citizen Award, and the UN NGO CSW Woman of Distinction among other honors for her grassroots activism with Apne Aap and her contribution to the establishment of the UN Trafficking Fund for Survivors, the passage of the US Trafficking Victims Protection Ac. Ruchira has worked for the United Nations in Nepal, Thailand, Kosovo, Iran, and USA. She teaches as a visiting professor at New York University. 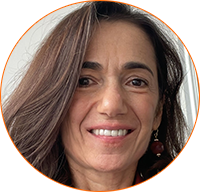 Valentina Kalk is head of publishing, social media, audiovisuals, web and branding at the European Investment Bank, the bank of the European Union. Valentina has over two decades of experience as a communicator and a manager in various multilateral organisations and think tanks, including the World Bank, the UN, and the Brookings Institution.